Haile, of McCormick School of Engineering, is a pioneer in fuel cells whose work focuses primarily on sustainability and social benefit on a global level. Northwestern University Feinberg School for Medicine’s Krainc is an outstanding investigator in neurodegenerative research, whose work has opened the door to new therapeutics.

The Ver Steeg Fellowship, which is bestowed by the Office for the Provost supports scholarship and research by tenured Northwestern faculty who contribute to the University’s national and international reputation. Each recipient will receive a $40,000 award.

“I am delighted to honor Professors Sossina Haile and Dimitri Krainc for their pioneering work,” Provost Kathleen Hagerty said. “The Ver Steeg Award not only recognizes their groundbreaking efforts but also serves as an important reminder of the life-changing research that takes place every day in Northwestern’s classrooms and laboratories.”

Dimitri Krainc, chair of the Davee Department of Neurology and director of the Simpson Querrey Center for Neurogenetics is Aaron Montgomery Ward Professor of Neurology at Feinberg. 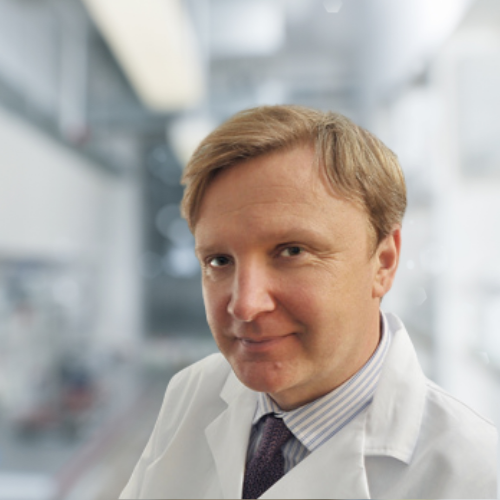 His neurodegenerative research has enriched the understanding of neuronal degeneration pathways and improved our understanding of rare and common neurodegenerative diseases. The discovery of transcriptional dysregulation and Huntington’s Disease by Krainc, the identification of a mechanistic connection between Gaucher’s and Parkinson’s, and the seminal discovery that mitochondria and lysosomes have all had major impacts.

“I am grateful to the Ver Steeg family for their support and am truly honored to receive this distinguished award,” Krainc said. “The award will facilitate our research in the area of Parkinson’s disease and precision neurology.”

Recent research by Krainc and his team revealed pathogenic mechanisms for Parkinson’s disease that were only found in Parkinson’s patients. However, they did not find them in mice models. This could explain why preclinical mouse trials have failed to translate into clinical trials in humans. They developed activators to target various forms of the disease based on their findings. These activators are currently being tested in clinical trials. They improve Parkinson’s-related cell dysfunction in the patient-derived neurons.

Krainc has been awarded numerous honors and awards for his accomplishments, including the Javits Award as well as the recent election to the Association of American Physicians.

Haile is the Walter P. Murphy Professor of Materials Science and Engineering at McCormick and co-director of the Institute for Sustainability and Energy at Northwestern (ISEN). 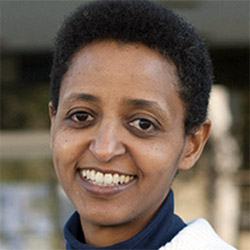 Her research focuses on solid-state ionic devices and materials, but she is also interested in energy technologies. Haile created a new type of fuel cell based on solid-state electrolytes. She also demonstrated records for solid oxide fuel cell power density. Recent work by Haile on hydrogen production from water using electrolysis has opened up new possibilities for harnessing the enormous potential of solar and wind power. Haile also developed electrochemical devices to convert ammonia, a liquid fuel that is easily transported, into high-purity hydrogen upon demand.

“I am absolutely delighted and humbled to receive this award,” Haile said. “I once had a mentor who advised me to walk with giants. At Northwestern there are certainly many giants, and thus my selection is deeply meaningful to me.

“The generous support of the Ver Steeg family will give my lab the opportunity to explore new directions in materials for sustainable energy,” she said. “With the nation now rightfully focused on this topic, the fellowship will allow us to do exactly what the times demand – secure preliminary data to validate high-risk, high-reward ideas that then grow into major programs.”

After 18 years as a faculty member at the California Institute of Technology, Haile joined Northwestern in 2015. Internationally recognized, Haile was inducted into the American Ceramics Society (2019), the Materials Research Society (2018), and the African Academy of Sciences (2016).

She has been awarded several awards, including the 2012 International Ceramics Prize from the World Academy of Ceramics as well as the 2010 Chemical Pioneers Award from the Chemical Heritage Foundation.

In 2008, an American Competitiveness and Innovation (ACI) Fellowship from the National Science Foundation recognized her “timely and transformative research in the energy field and her dedication to inclusive mentoring, education and outreach across many levels.”

The Ver Steeg Fellowship was established and endowed by the late Clarence L. Ver Steeg and his wife, Dorothy. Clarence Ver Steeg was a Northwestern faculty member for many years in the department of history and served as dean of The Graduate School from 1975 to 1986. The complete list of award recipients can be found on the Office of the Provost website.

34 Things to Clear in Your New Construction Home

Is there a housing crisis in San Francisco?

7 Important Lessons for Entrepreneurs and Other Business Leaders in 2022

Dr. Jay Johannigman Arrives in Ukraine on a Volunteer Mission