Mohamed Zeyara is a medical student and humanitarian who has helped raise millions of dollars to support underserved communities worldwide. He aspires to become an Internal medicine physician with a strong interest in psychiatry and mental health.

Mohamed was born in Canada but grew up in Gaza, Palestine, which allowed him to witness and experience the realities of both worlds.

At the age of 12, he moved back to Canada but continued to travel between Mississauga, Ont. and Gaza. While growing up, he figured out the huge difference and inequality in a world where some people have so much, and others have nothing. So, he made up his mind to do everything he can to make a change, no matter how little it is.

That’s one of the things that inspired him to study medicine since it will provide him the opportunity to use his knowledge to support people who’re having challenges with their health. As a medical student, Mohammed got involved in several local and international charity and community projects that impacted millions of people’s lives.

He is outreach director for multiple non-profit organizations, where he worked with others to raise millions for humanitarian projects worldwide. A few years ago, he asked his social media followers to mention the country that needed the most help, and most people said Mali. So, in 2015, he worked to raise half a million dollars, moved to Mali, and used the resources to build schools to help improve education for the young children of Mali.

Mohamed Zeyara believes education is the key to elevating young people living in low-income and underserved communities worldwide. He agrees that if the children get the education and knowledge they need, they will come together to elevate their communities, make better decisions, choose responsible political representatives, and engage in community activities that will transform the entire country.

Mohamed Zeyara is a regular speaker on medical and health programs, where he shares his ideas and tips on humanitarian, health, and medical subjects. He’s a firm believer in the power of the human mind to create ideas and using mental capabilities for great achievements.

He also has a YouTube channel and other social media pages where he shares useful tips on personal development, health, medicals, and more. In the past few years, his posts and videos have grown from a few thousand views to millions of views because of the level of inspirational messages and content it offers.

Mohamed’s plan for the future is to help more people worldwide through his humanitarian and charity projects. He continues to look for new ways to raise funds and do better filmmaking and creativity to tell stories and inspire other people to change the world through love, giving, empathy, and kindness.

“I’ve been part of humanitarian organizations since I was 15, volunteering and traveling. I traveled to countless developing countries and set up eye surgery clinics, schools for orphans, and water wells.” Mohamed Stated. 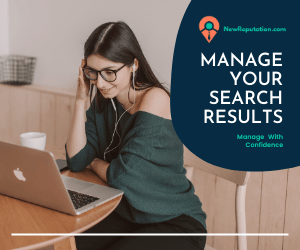