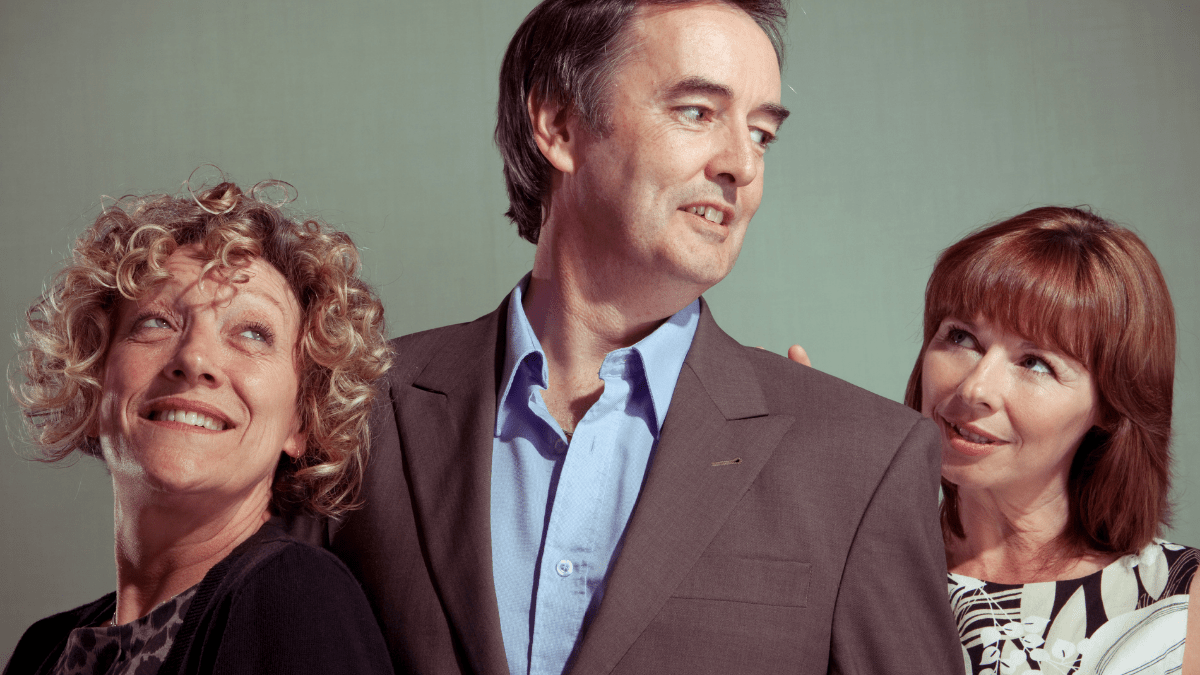 Sherrie Hewson has been very vocal about her 28-year marriage ending when her ex-husband Ken Boyd had an affair.

And Ken has now launched a scathing attack on the former Corrie actress, 67, branding Sherrie a ‘liar’ and rubbishing her claims he had been ‘philandering’ for years.

In an interview with The Sunday Mirror, the Loose Women star‘s exclaimed her jealousy was unfounded and he insisted he only had one affair during their time together.

Sherrie’s ex-husband did however lament he made ‘one mistake’ in all the years they were together as he reminisced that the couple was ‘happy and young’ once.

Ken told the publication: ‘For years she has accused me of philandering, but that’s a lie. She makes out there were numerous women over the years. That’s untrue. I had one affair, which I have admitted to and I do regret.

‘I made one mistake and she’s gone on about it for years. She thought I was flirting all the time. It was nonsense. If another woman looked at me she would have a go.

Ken and Sherrie exchanged their sacred vows back in a romantic ceremony in May 1983.

The couple separated in 2001 after he admitted to having an affair but they only divorced 10 years later in 2011.

Ken then moved abroad and the actress had avoided him since the last time she saw him in 2002 until their daughter’s big day in Cheshire.

His outrage came after the couple came face-to-face for the first time in 16 years at their daughter’s wedding in October.

In January, Sherrie revealed she has found love again with a mysterious new man when she appeared on Loose Women.

The Benidorm star – who had previously refrained from finding romance for nearly two decades – admitted she’s happy she can now let go of the anger about her ex-husband.

Sherrie divulged she has been out on a couple of date with her new love, having previously told MailOnline of her anguish trying to find man.

She said: ‘I have met somebody else. And I have been out a couple of times.’

Although not wanting to reveal too many details about her new relationship, the TV star once again spoke about coming face-to-face with her former flame – who she hadn’t seen since 2002 – at her daughter Keeley’s October nuptials.

She explained: ‘I think it’s been 16 years. I should’ve seen him the night before, sat down and said: “Hi, how are you?” and get that bit done and we were both walking her down the aisle so I walk round the corner and he was there.

Candid: Although not wanting to reveal too many details about her new relationship, the TV star once again spoke about coming face-to-face with her former flame

Getting through: The Benidorm star – who had previously refrained from finding romance for nearly two decades – admitted she’s happy she can now let go of the anger of her estranged hubby Ken Boyd

She added: ‘When I went to do the speech, I didn’t know where I’d gone. All the memories came back – all the bad times. We didn’t really speak because there was no point.

‘He stayed on for two days and I was with all the family but I didn’t really interact. I didn’t mention him in my speech. He mentioned me. He just said: “I think we should thank Sherrie but I did have a small part in this, you know.”‘

Difficult: Sherrie admitted it was a lot to take in, seeing her ex – who she hadn’t seen since 2002 – at her daughter Keeley’s October nuptials

Since the wedding, the actress admitted the stressful reunion with her ex had an affect on her, after she was struck down with a nasty virus.

She explained: ‘Then I became quite ill, I think it was a virus but I completely shut down. I just went home and sat there and thought what has happened to me?

‘I just got really poorly, I haven’t faced anything for 16 years. Because I’ve had this day and because I got really ill, I thought maybe this will get rid of it now. Closure.’

What are the stages of a startup?